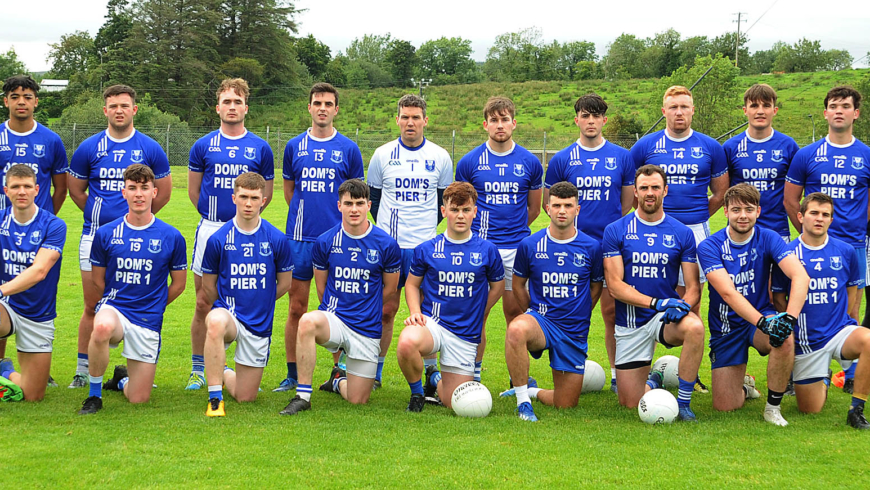 Four Masters got off to a losing start in their opening league game against Naomh Bríd at Tir Conail Park on Friday evening.

Naomh Bríd’s pace and scoring ability proved to be too much for the home team on the night. With the free kick count heavily weighted towards the visitors and a quality free taker in Calum Gallagher, Naomh Brid clocked 6 of their 11 points from frees.

Despite being on the defensive for parts of the game, Four Masters missed a couple of decent goal scoring opportunities in the first half and missed a penalty in the second.

This however would only have put a better complexion on the scoreboard and Naomh Bríd ran out fully deserving winners on the night.

For Four Masters, it’s back to the drawing board, with hopes of a better performance in their next outing.

Four Masters who lost their first league game at home to Naomh Bríd.

Naomh Brid, who defeated Four Master’s, in the league game in Tirconaill Park.