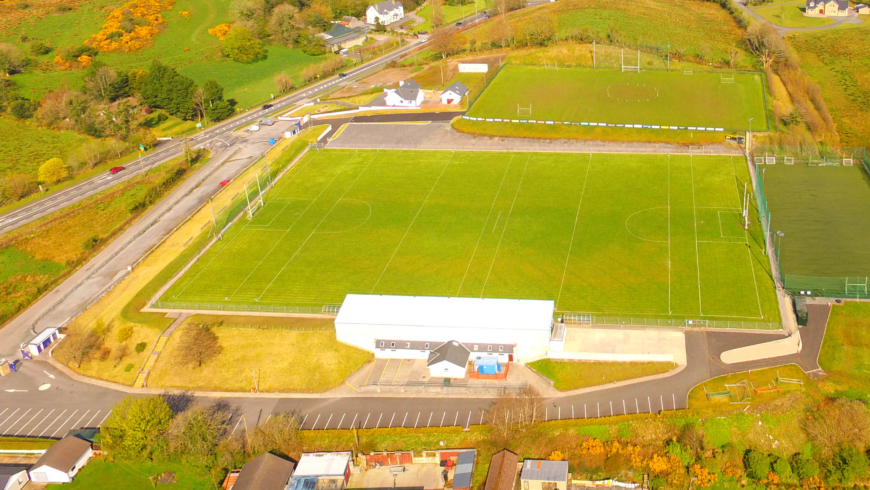 A heavy shower before thrown-in left conditions slippery in Tir Connaill Park and it was Four Masters who made the most of the conditions from the off.

Two quick points from play from Thomas McGowan and Jamie Crawford were followed by 6 wides and a missed goal chance before McGowan added another from play in the 9th minute. All Naomh Columba had to show during this period of Masters dominance was a wide from a free by Paddy Byrne.

Fionn Gallagher got the Glen men off the mark in the 12th minute with a point from play but Masters pulled away again with points from Kevin McBrearty and David Quinn with a point from the hard-working Michael Maguire in reply. Philip Doherty worked his way up the field and was on the end of a goal chance which needed a strong save from Martin Cassidy on 20 minutes. Masters went up the field again and Quinn added another point from a free. Naomh Columba had two quick points from Gillespie (free) and Kevin McNern to leave 2 points between the sides.

Conor McMonagle added a point from play and a Quinn free moved the gap out to four but a free from Gillespie again reduced the arrears.

Masters still looked the better team and McGowan stretched the gap once again by converting a 45 but straight up the field from the kickout a high ball in to the square found Ryan Gillespie between marker Conor Rooney and Cassidy and his flick was enough to find the net. Three minutes later a foul on Oisin Reid in the square led to a penalty which McGowan despatched with confidence. This was followed by a point from Conor McDaid which left Masters in the driving seat 5 points clear.

But Naomh Columba weren’t ready to thrown in the towel. At this stage they had abandoned their sweeper system and their half-back line pushing forward ensured they had a better supply of ball into the forwards. A good team move ended with a cracker of a shot from Kevin McNern from 20 metres into the bottom corner of the net. Two more wides for Masters were followed by a point from McDaid to stretch the lead to three again but two quick frees from Gillespie brought it back to the minimum before Gillespie got in for his second goal. Paddy Byrne pointed a 45 and a long-range free with a point from Quinn in reply to leave Naomh Columba ahead by 3.

Lanty Molloy had a point from wide on the right before Four Masters launched a few high balls into the square. Oisin Reid got his fist to the first to bring the deficit back to three. McGowan launched another good ball into the square and a fine catch by substitute Patrick Reid saw him held back as he went for goal. The referee had no hesitation in pointing to the spot which McGowan again despatched confidently to the net.

A draw looked the likely result but the drama was not over yet with Naomh Columba winning the kick out and working the ball up the field again. Ryan Gillespie went for the posts from about 40 metres and although Hawkeye could have been called into play had it been available the point was awarded and the Glen men claimed the points.