By fourmasterspro Mon 2nd May

No winner of this weeks Lotto draw for €900 Lotto Jackpot,

Next weeks Lotto Jackpot will be €1000

New members are always welcome, so play online before 4.00pm on Monday and be in with a chance of winning the €400 jackpot.

The club held a very successful table quiz last Friday night in Don’s Pier 1. Well done to our all the winners and t hanks to everyone who attended, quiz master Seamus Faulkner, and club sponsor. 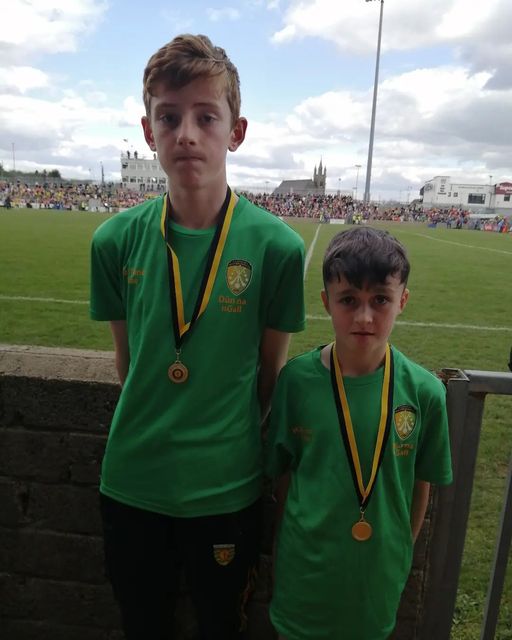 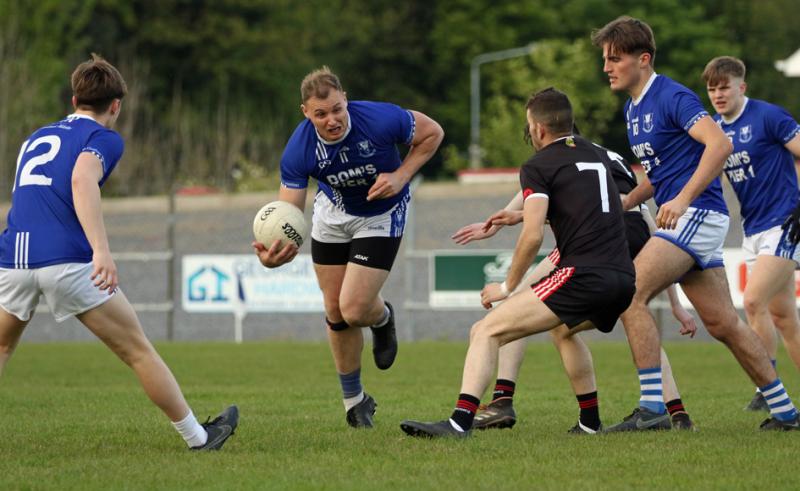 Our senior men got their second win at home last Friday night, with a good win over Red Hughes.  Two goals in quick succession gave the team a great boost and meant they were leading 3-07 to 1-05 at halftime. A lead that they never relinquished. Well done all.

A mixture of youth and experience in our Reserve team help to get a win over Red Hughes on Sunday.

The Division 1 County Feile Finals for Under 15 boys took place today in Ardara in wet blustery conditions which were not conducive to free flowing football.
Nevertheless our boys put their chests out and battled to victory beating Sean Mac Cumhaills in the final on a scoreline of 1.3 to 0.0 .
They played five 20 minute games in total on the day topping the five team group beating Carndonagh, Burt and Ardara along the way , with only mac cumhaills getting the better of them in the final group game to see both teams progress to the final.
That defeat only spurred the lads on and in the final they really upped the ante to dominate the game and run out comfortable winners.
Great credit must go to these young men and their management team for this great achievement and they now look forward to representing the county at Division 1 level in the All Ireland Feile in July . 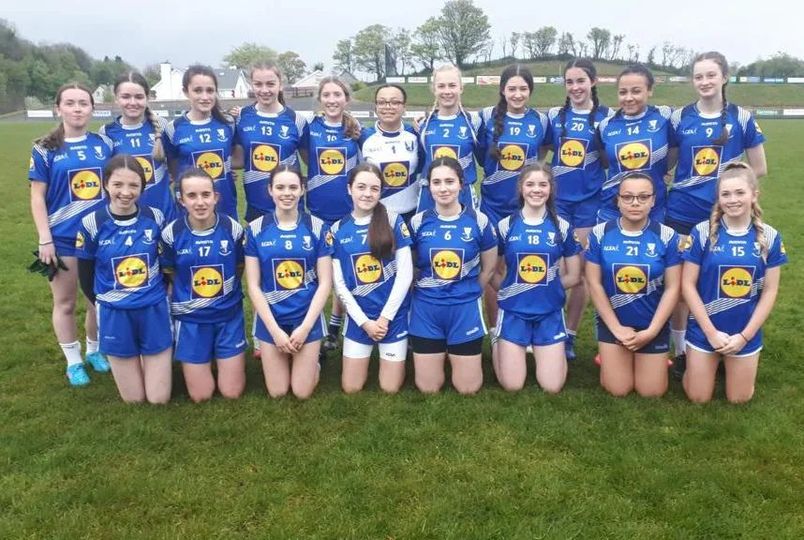 A Battling performance from u16 Girls on Sat night v MacCumhaills in difficult conditions in TírConnaill park. Despite missing some regulars all the girls battled bravely up the the final whistle scoring 2 goals 7 pts and hitting the crossbar twice. MacCumhaills however were much more clinical in front of goal and fully deserved their win.

Our u10s boys had their second outing in the U11 Go Games league at CLG Naomh Ultan in Dunkineely last week. The boys enjoyed forty minutes of competitive football against a talented Naomh Ultan side. With the sun shining, both teams showed off their skills and took some fine scores. Thanks to our hosts for the games and to our players parents and coaches for their time and efforts. 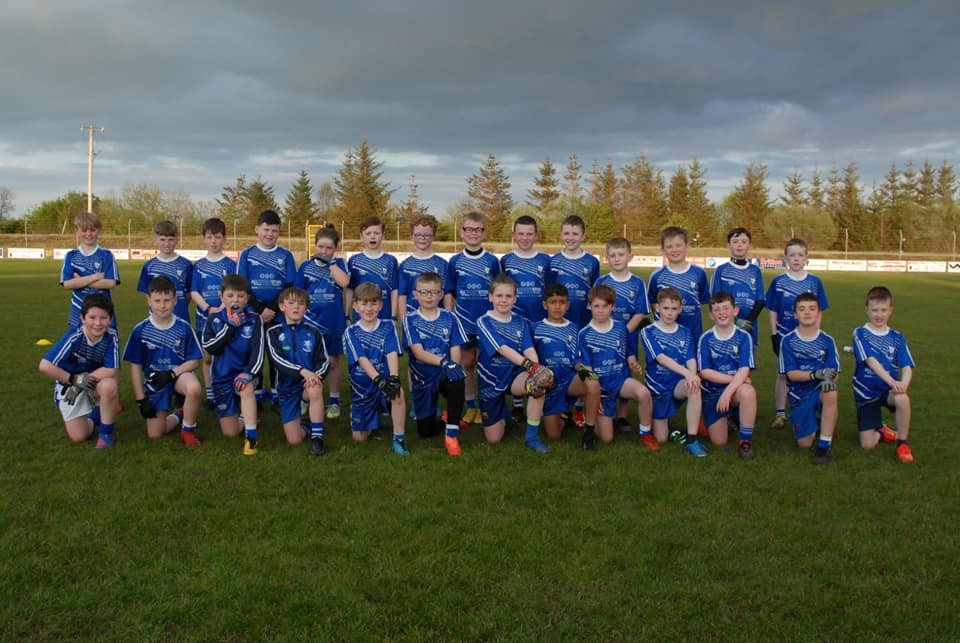 Well done to our under 8 team who played Kilcar in the under 9 Go games on Saturday morning. In wet conditions both teams played some good football. Well done to both teams. Next game is away to Naomh Columba, Glencolmcille next Saturday 7th May. 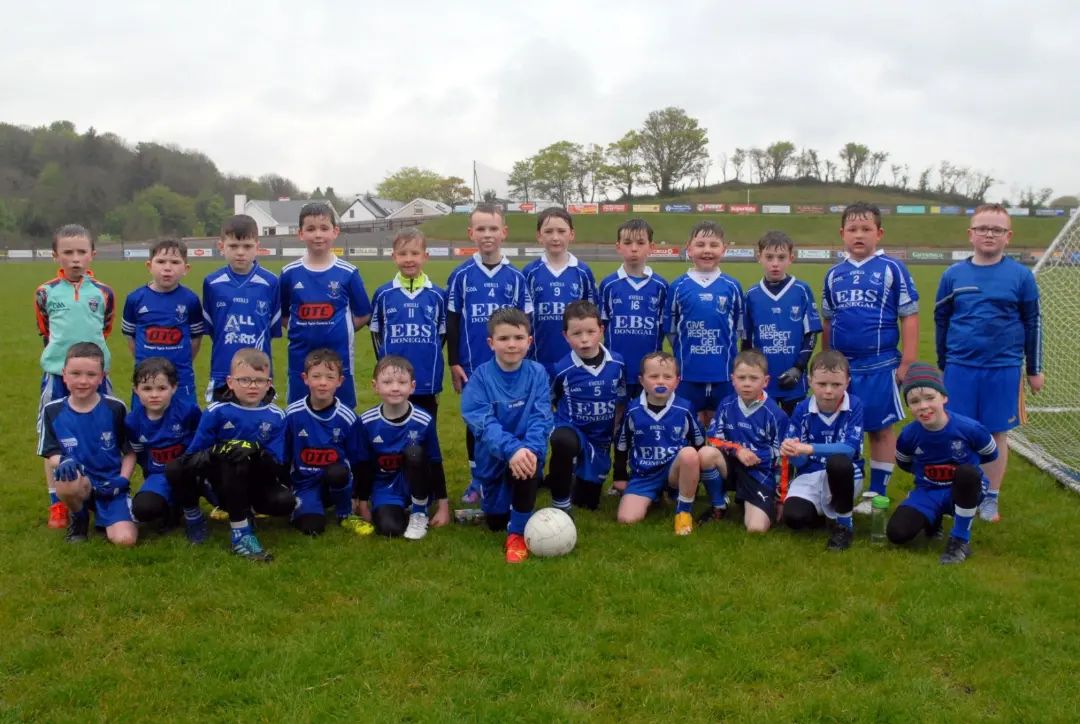