By fourmasterspro Sun 22nd May 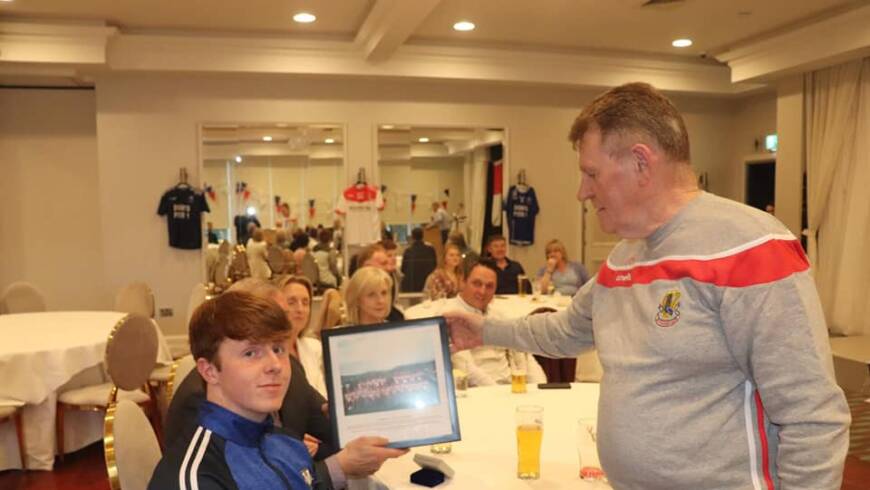 “An evening with Charlie”
The Four Masters GAA Club hosted An Evening with Charlie Gallagher last Friday night in Harvey’s Point Hotel. It was a night of celebration, looking back on Charlie’s thirty years of playing adult GAA for Dungloe, Four Masters, the Gardai and the County Master’s team. Representing Charlie’s first club, An Clochan Liath, both Enda Bonner and All Ireland winning full forward Tony Boyle spoke fondly of Charlie’s contribution to their club winning League titles and the All Ireland Gaeltacht. Four Master’s chairman Pauric Harvey led the tributes to Charlie and spoke of his commitment to the club since his transfer to Donegal Town in 2005. Charlie’s son Evan along with the rest of the minor squad from 2020 then received their regional and County championship medals from sponsor and club legend Derek McGinty. Captain Shay Travers gave a lovely speech on behalf of the players and management which included John & Kevin Sinclair, John Gildea and Garvan Ward. In between speeches video messages from former GAA legends such as Joe Brolly and Karl Lacey and Michael Murphy were played and many referred to Charlie’s competitive nature! Charlie was then presented with some gifts from Dungloe GAA Club and a book detailing his playing career from Four Masters GAA Club. Daniel O’Sullivan finished off the evening with a great rendition of Wagon Wheel with everyone joining in. Thanks to everyone who made the evening happen, especially Niall and staff at Harvey’s Point, Daniel on guitar and Noel Ward and Barry Monaghan for the videos. Thanks also to Charlie O’ Donnell for his fantastic work in putting the book for Charlie Gallagher together. To the Dungloe contingent and Charlie’s family who attended, you made the night a very special one. Thanks to Anna for all her help over the past few weeks. Thanks also to Martina and Paddy for all their help from the Dungloe side. McCafferty’s Bar generously sponsored the food whilst Conor Gillespie did his usual mountain of work behind the scenes. It was a fitting tribute to a fantastic club member. Good man Charlie Gallagher. Thanks to Matt Britton for the photos. 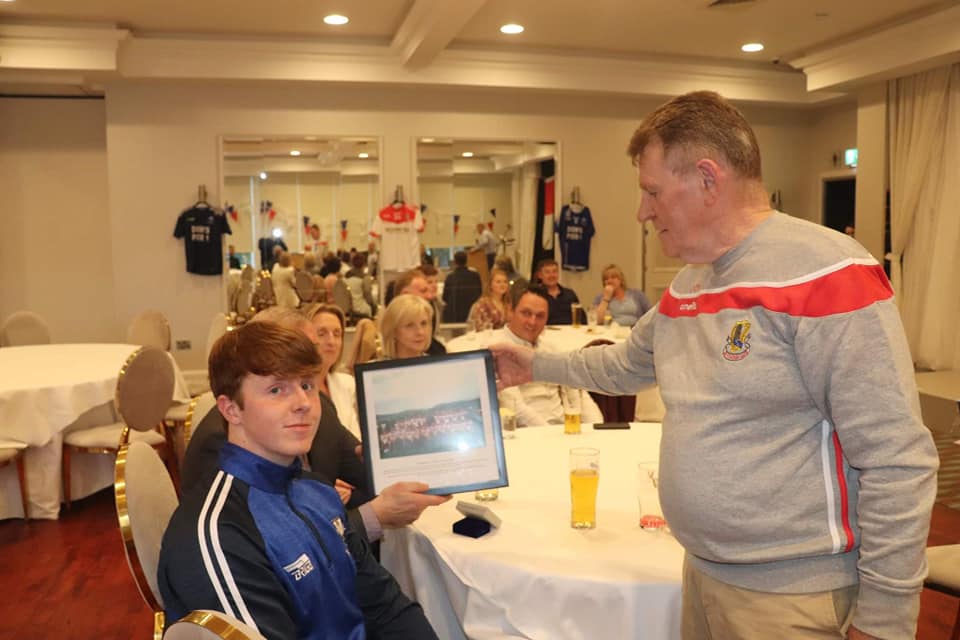 Our Senior side were on the end of a 4 point defeat yesterday in Malin. Four Masters started of this brighter of the two sides. Senan Quinn kicked over the opening point in the first minute of the game. Further first half points from Joe Leape, Dermot Slevin and Jamie Crawford kept the contest evenly poised. 2 minutes before the Interval, Jason Duignan rifled a shot low past Malin goalkeeper Daniel Mullarkey which saw Four Masters go in at half time a point up on the score line of 1-4-0-6. Right after the break our side received a blow as Stephen McLaughlin scored a goal for Malin in the opening exchanges of the half to put the home side back in front. Our side dealt with the goal well although and 5 minutes into the second half, Jamie Crawford was taken down when threatening the goal leading to a Four Masters penalty. Dermot Slevin stepped up for the penalty which was subsequently saved however Joe Leape slotted the rebound into the back of the net giving us a 2 point lead at this stage of the game. At this point Malin came back at Four Masters with a number of scores of their own and dealt Four Masters a major blow when a long high ball in to the square was punched into the back of the Four Masters net. Malin had a 5 point lead at this stage which Four Masters could not recover from. The Final score reading Malin 2-11-2-07 Four Masters.

Up next for our senior side is a home fixture against Convoy next Saturday evening.

Best of luck to our underage boys from Scoil An Linbh Íosa, Killymard who play Illistrin NS this Thursday in the Cumman Na MbunScol County semi-final. The game is scheduled to take place in Glenties at 12 noon.

Our U15 boys have qualified for Féilé this year is Kildare and are currenlty fundraising, please contribute if you can.

No winner of this weeks Lotto draw for €1200 Lotto Jackpot,

Next weeks Lotto Jackpot will be €1300

Our U13 boys were delighted to get back playing, with a challenge match against St Johns Gaa club in Sligo this evening. The conditions were very wet and challenge and in an evenly matched contest the boys came out on top. A Big thank you to St Johns for their hospitality. 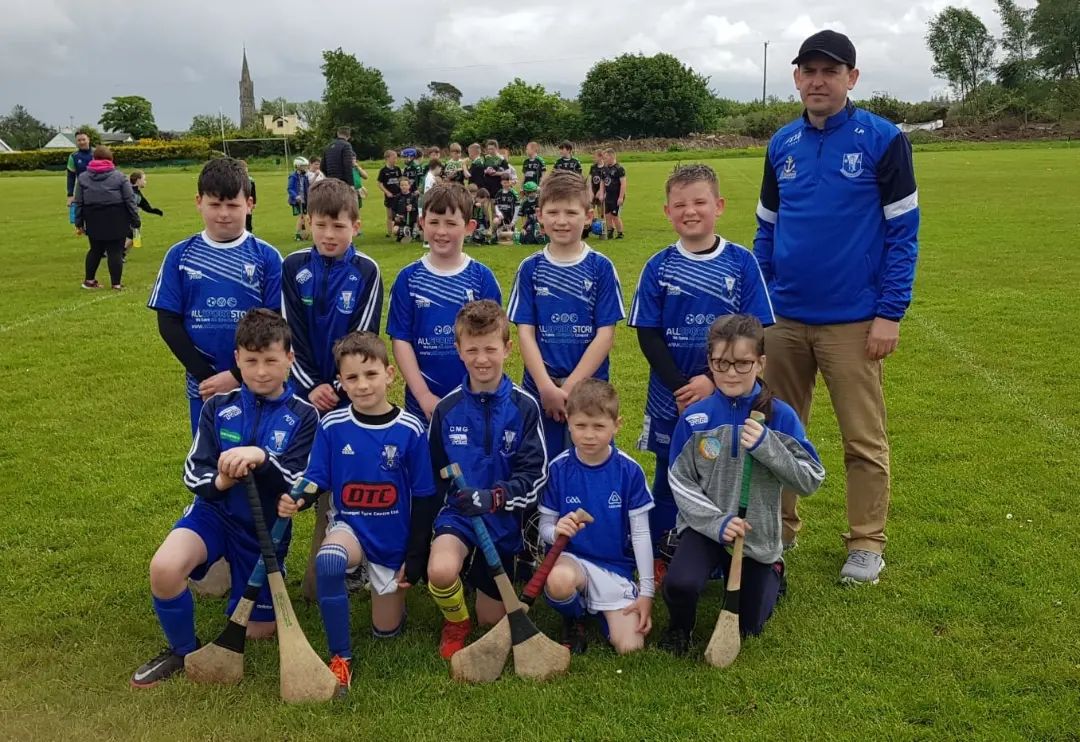