By fourmasterspro Tue 31st May 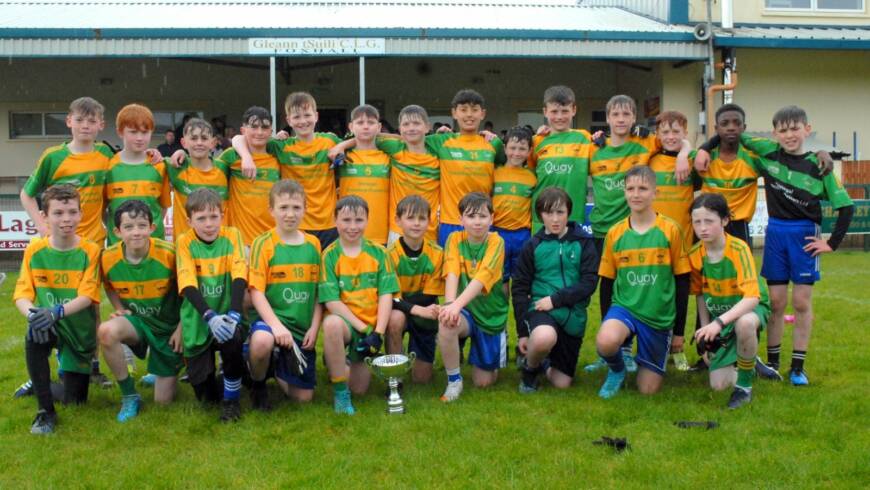 Four Masters got their division 2 campaign back on track with a 2 point victory over St Marys Convoy on Saturday Evening. After back to back away defeats to Fanad Gaels and Malin, it was important for our senior side to pick up the two points against Convoy. The first half proved to be an evenly contested affair with the two sides exchanging scores. The half time score line read Four Masters 0-4-0-4 St Marys Convoy. Scores for Four Masters coming through Killian Faulkner (2), Dermot Slevin and Alex McCalmont Convoy opened the scoring in the second half to put them a point up. In the early stages of the second period, Convoy were reduced to 14 men for a 10 minute spell when referee Jimmy White issued them with a black card. During this period our side took full advantage and gained a 2 point advantage with points from Killian Faulkner, Daire Quinn and Richard O’Rourke. Convoy rallied back however and approaching the closing stages the difference between the sides was down to the minimum with the score reading 0-8-0-7 in favour of Four Masters. Our side had to dig deep to keep Convoy adrift as they threw everything at Four Masters. Alex McCalmont then finely kicked over a point in the final phases to secure a vital 2 points for our side. The final score in Tir Conaill Park read, Four Masters 0-9-0-7 Convoy. Next up for our senior side is a home match against Letterkenny Gaels next weekend.

Following the massive turnout at Garda Charlie Gallaghers Testimonial Tournament in Tir Connaill Park, An Garda Síochána together with Charlie’s family have presented all proceeds from the night to Charlie’s nominated charity ‘Solace Cancer Support’, Donegal Town.  Turnout on the night exceeded all expectations and the generosity of the community was phenomenal. Donations exceeded €23,000 which will greatly assist Sr. Magdalene and the ‘Solace’ Cancer Support Group with their wonderful outreach and support work for those suffering with cancer and their families.
Thank you to everyone who supported and assisted with the event.

Cumman na mBunscol County Champions!!
In torrential conditions today the boys from Scoil an Linbh Íosa, Killymard played some great football to win the Cumman na mBunscol ‘A’ County Final in Glenswilly. A lot of these boys play with our U11/U12/U13 teams. And all at the Four Masters are very proud of them. The boys drew with Glenswilly NS and narrowly beat Tooban NS by a single point in the group stage. This set up an exciting final against Glenswilly. It was a close game, but the Killymard boys, managed by Mr. McFadden, were the eventual winners by 4 pts, to take the cup home to Donegal Town! Thanks to all the travelling support who came to cheer the boys on in the rain. Some photos of the day thanks to Mark Perry. 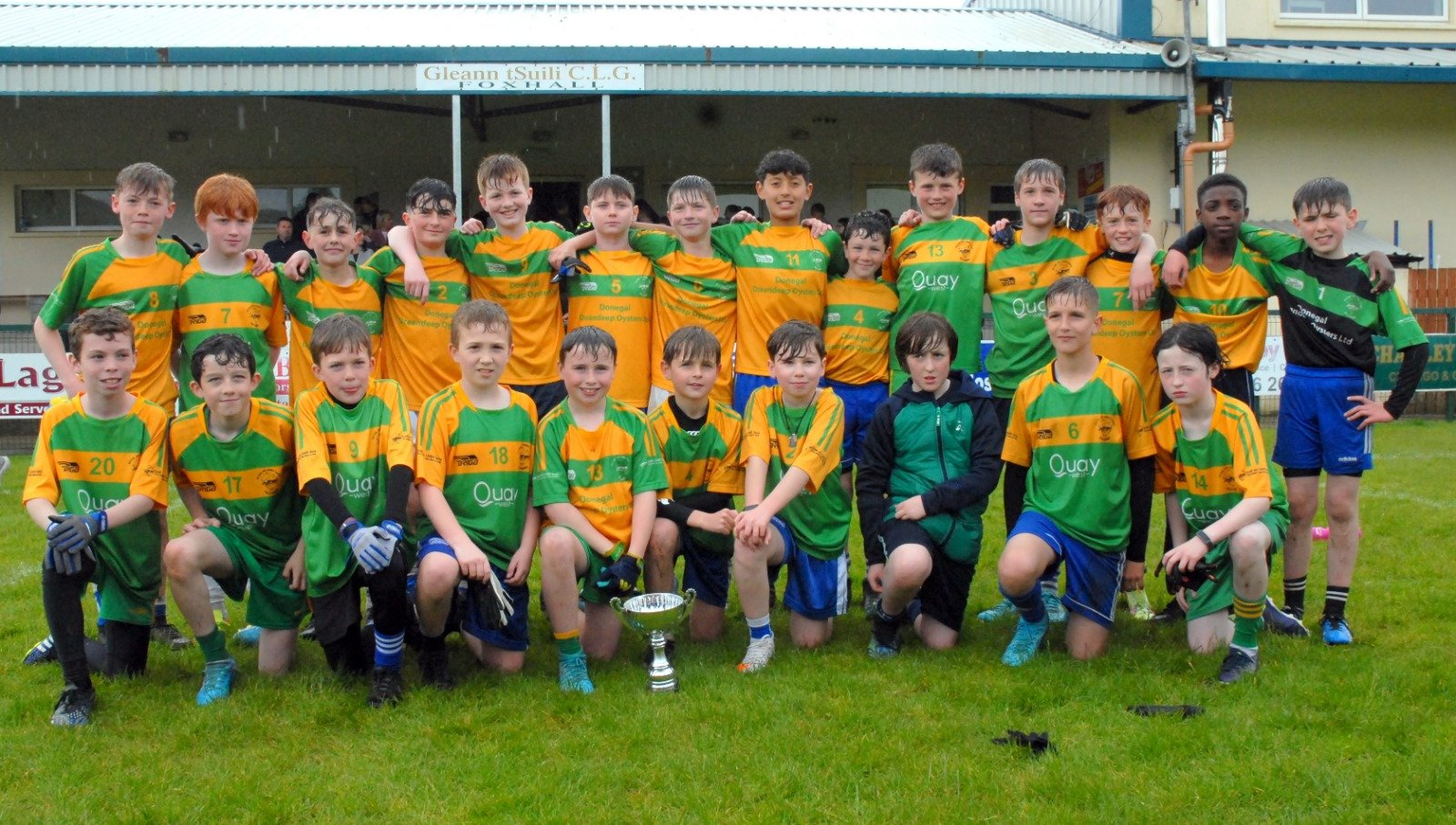 The Four Masters welcomes all players boys and girls born in 2014, 2015, 2016 and 2017 to hurling/camogie training on Tuesdays at 5.30 on the Astro Pitch. New players always welcome to try out a bit of hurling/camogie for fun and games. For more information contact Danny on 0879338405

No winner of this weeks Lotto draw for €1300 Lotto Jackpot,

Next weeks Lotto Jackpot will be €1400

U17 Boys
Congratulations to our Under 17 boys and management who won the Division 1 Southern Regional Final last Friday evening against Ardara. They now progress to play in the county final against Mac cumhaills.Well done lads!!

U13 Girls
Our U13 girls played Naomh Padraig, Lifford at the weekend, kitted out in our new jerseys sponsored by Balon Sport. Thanks to James Cullen for organising this generous sponsorship. Balon Sport have a lovely selection of Four Masters gear, in particular with their lady’s gear. Please support! As well as looking superb, the girls performed brilliant on the pitch with an excellent victory.

U12 Girls
Our U12 girls teams made the long trek to Pairc Na Rosann in Dungloe in big numbers on Thursday evening, on a great evening for football. Having a total of 31 girls making the trip and with Dungloe also producing great numbers, we played off two 13-a-side matches side-by-side on the main pitch. The girls gave an excellent account of themselves, resulting in two very competitive matches and most importantly, all the girls enjoyed ample game time. Keep up the good work girls.
Four Masters 1 (2010s) beat Dungloe 1
Dungloe 2 (2011s) beat Four Masters 2
Next up is Aodh Ruadh at home on Fri 3rd June, where the girls hope to build on their promising start to the season.
Girls football is strong in Donegal.