By fourmasterspro Tue 17th May 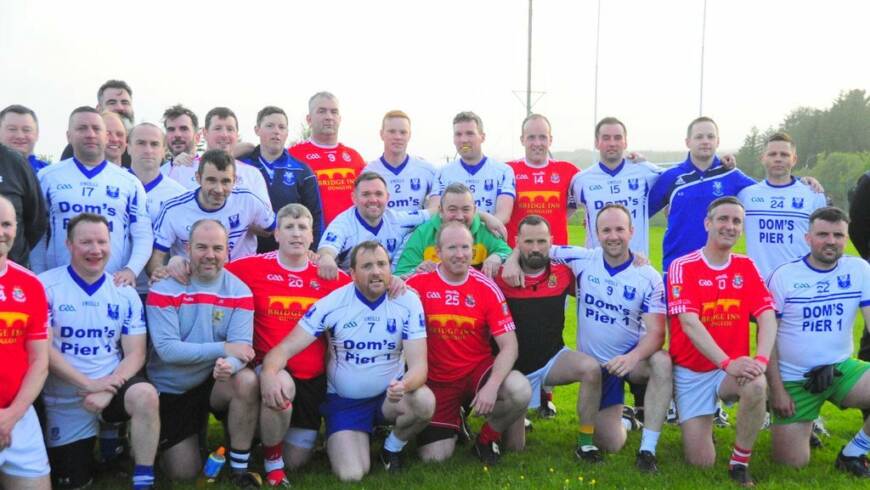 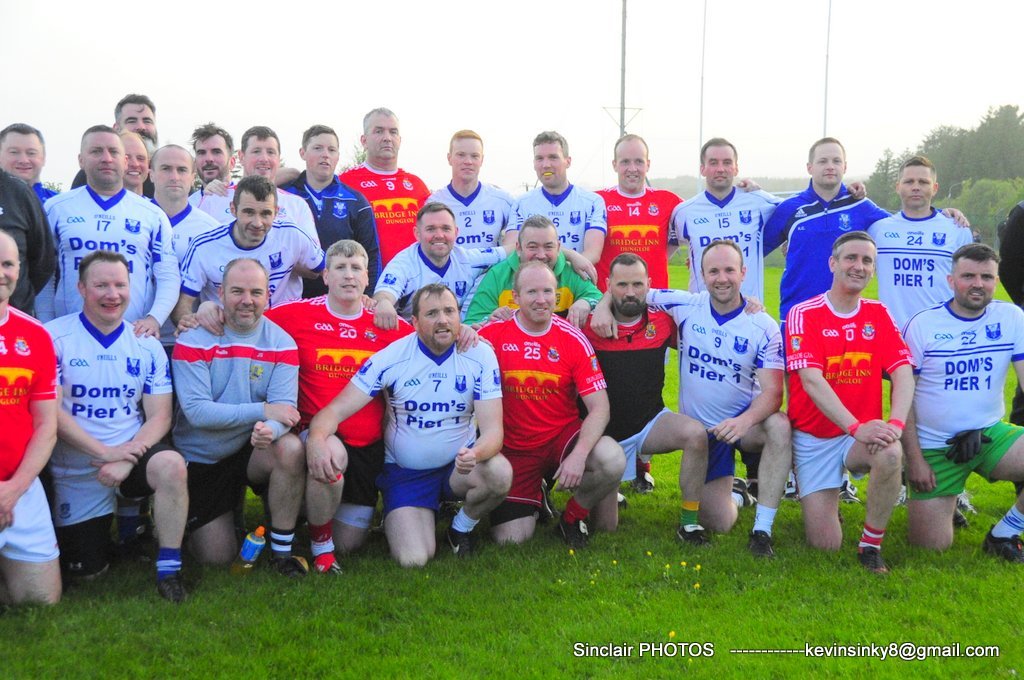 A great Evening of fun and entertainment was held on Friday last in Tír Chonáill Páirc, Donegal Town, in a testimonial tournament for the well-known and much loved Garda Charlie Gallagher. Well done to all who took part and came along, we saw some great football played on a great evening.  It was a fantastic coming together from four of Charlies’ teams/clubs over the years. People travelled the length and breadth of the county to get involved. It was the most unique crowd even seen in Tír Chonáill Páirc, with supporters for all teams, Four Masters, Dungloe, An Garda Síochana and the Donegal Masters team., as well as spectators from clubs all around the county. It rare to see so many clubs, from Gweedore to Kilcar, being represented on the grass at Tír Chónaill at the one time, with a mixture of ex-county footballers, who still have their skill. It was a delight to see such a mix of players, from different clubs, and our younger supporters enjoyed watching some of our county stars from days gone by and the watching crowd were treated to some great football, albeit it played at a slower pace…. 🙂

The first semi-final saw the team from An Garda Síochána take on Dungloe GAA, this was a great games with both sides showing great skill and determination, the sides couldn’t be separated and the games went to penalties, with Dungloe coming out on top!! The second semi-final was between the Four Masters and the Donegal GAA Masters, this again was a great game played in good spirit, with quite a few faces returning to don the Blue and White for the Four Masters, who were the eventual winners. This led to an exciting final game between Charlies’ home club of Dungloe (who controversially had a Gweedore man togging out for them!) against his adopted and much loved Four Masters. Charlie has played many a game with and against the men that took to the field for the final and he had a good fun watching them all reliving past glories! It was a tight game of football, with plenty of skill on display from both sides, and scores hard to come by. As the saying goes “you can take the man out of the Rosses but you can’t take the Rosses out of the man”, and Charlie was delighted to see Dungloe run out the eventual winners on a score of 1-4 to 0-4.

The winning trophy was presented by Charlies’ family to Dungloe captain John (Fred) Sweeney with Dungloe’s Cathal Brennan picking up player of the tournament for his commanding display in midfield.  A big thanks from Charlie and his family to anyone who contributed in any way to the evening. To An Garda Síochána Donegal for all the organising, to the Four Masters for hosting, to the players who travelled to tog out for all the teams, the referees and match officials, other local sports clubs who helped out and to all the supporters from GAA clubs from the Rosses to Donegal Town and anywhere in between, who showed their support for a great man in Charlie Gallagher.. 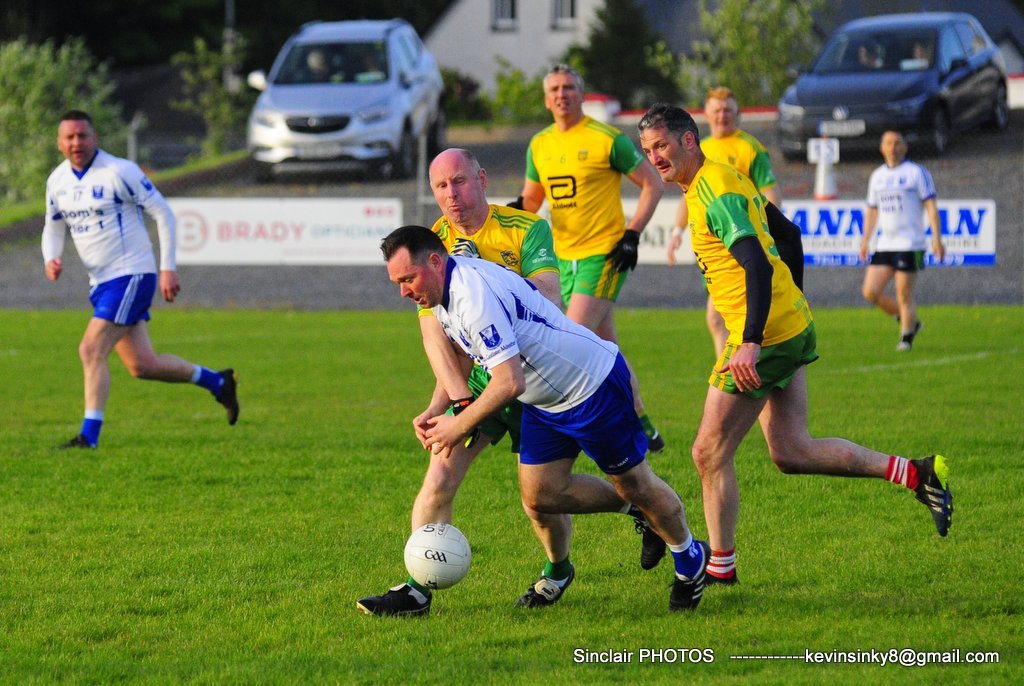 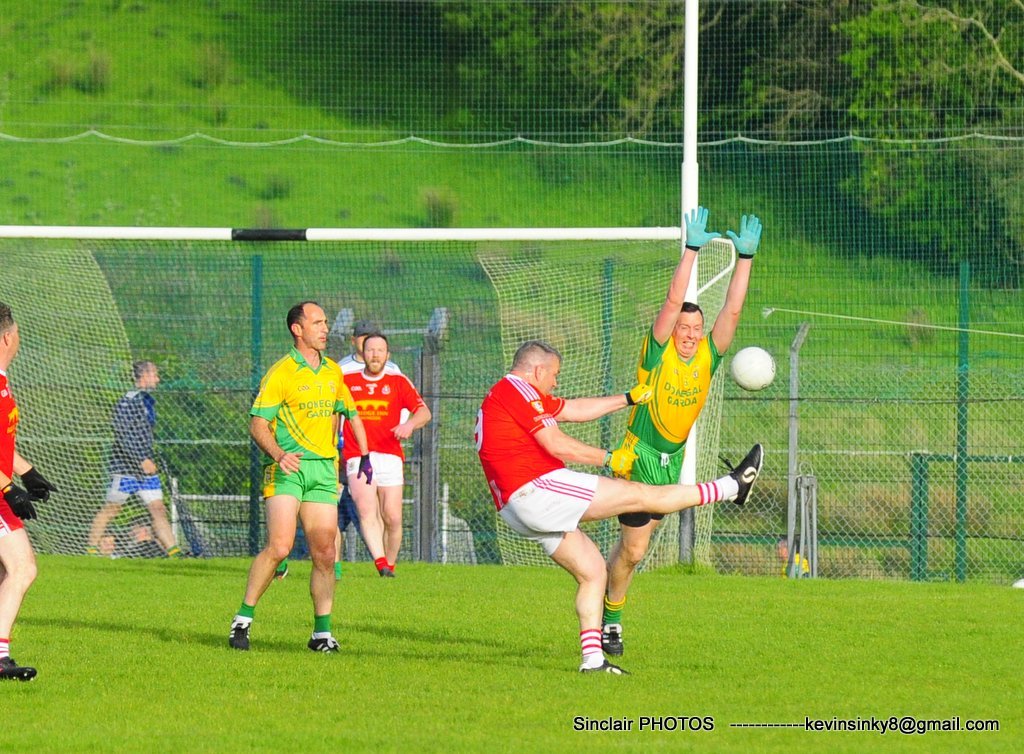 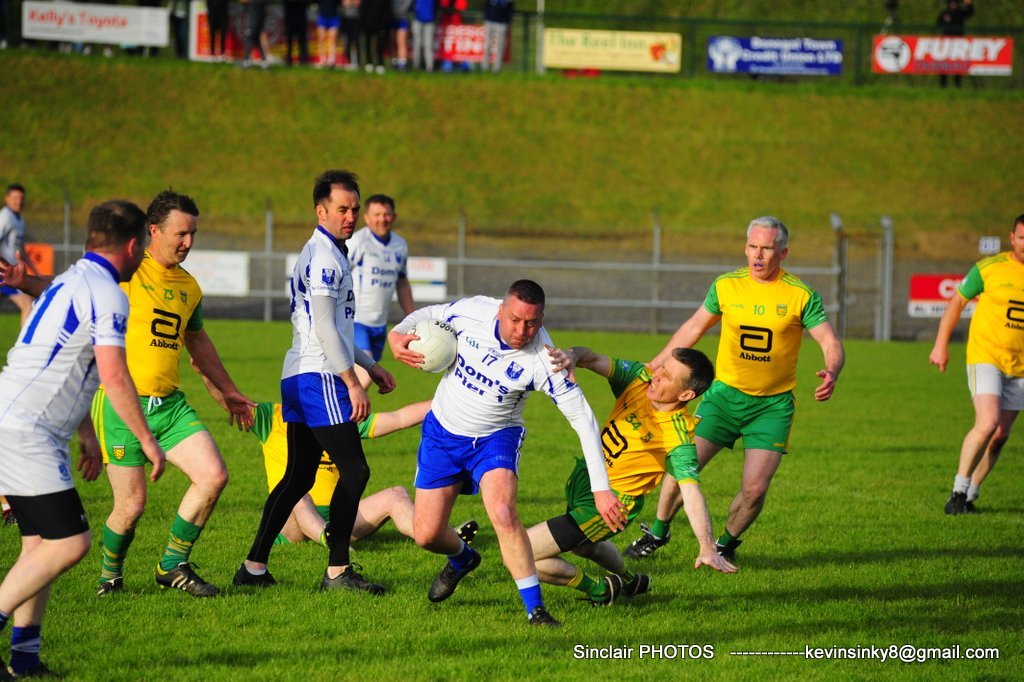 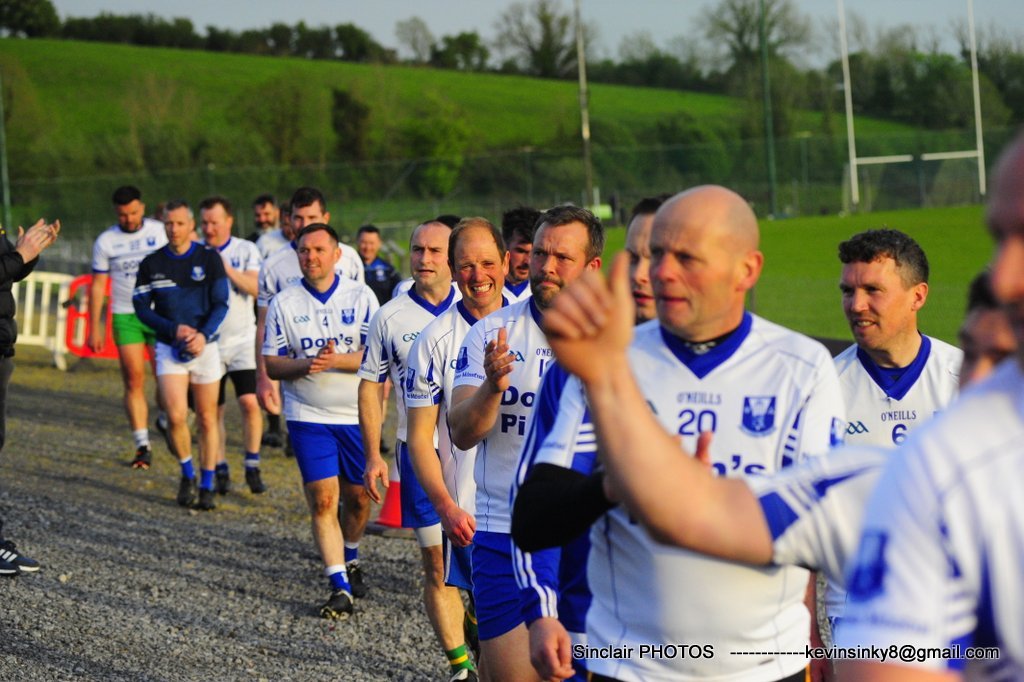 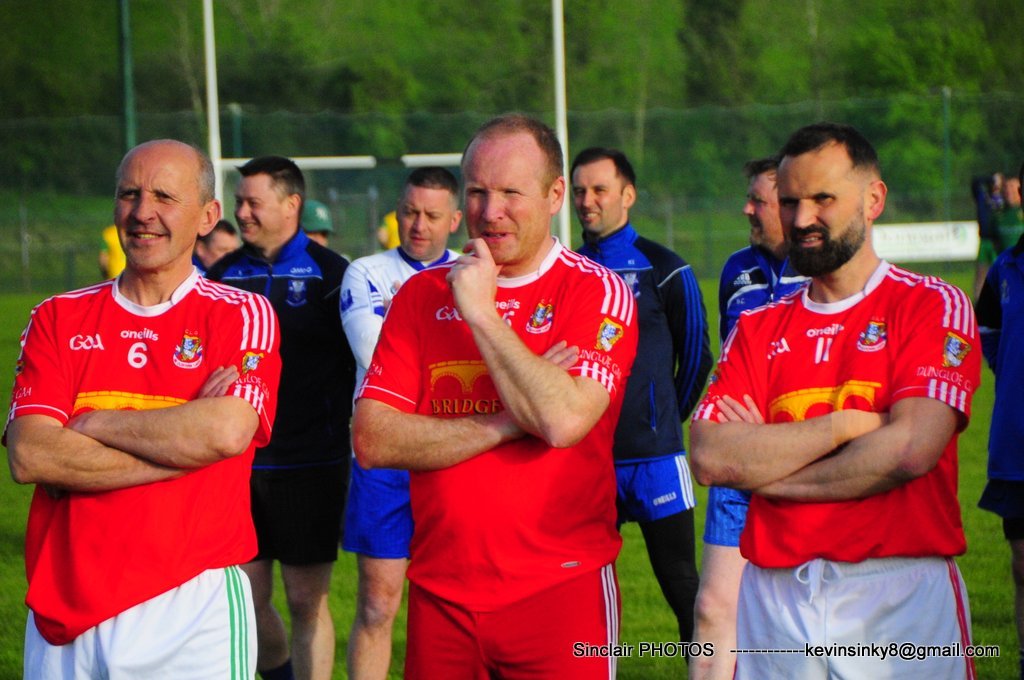 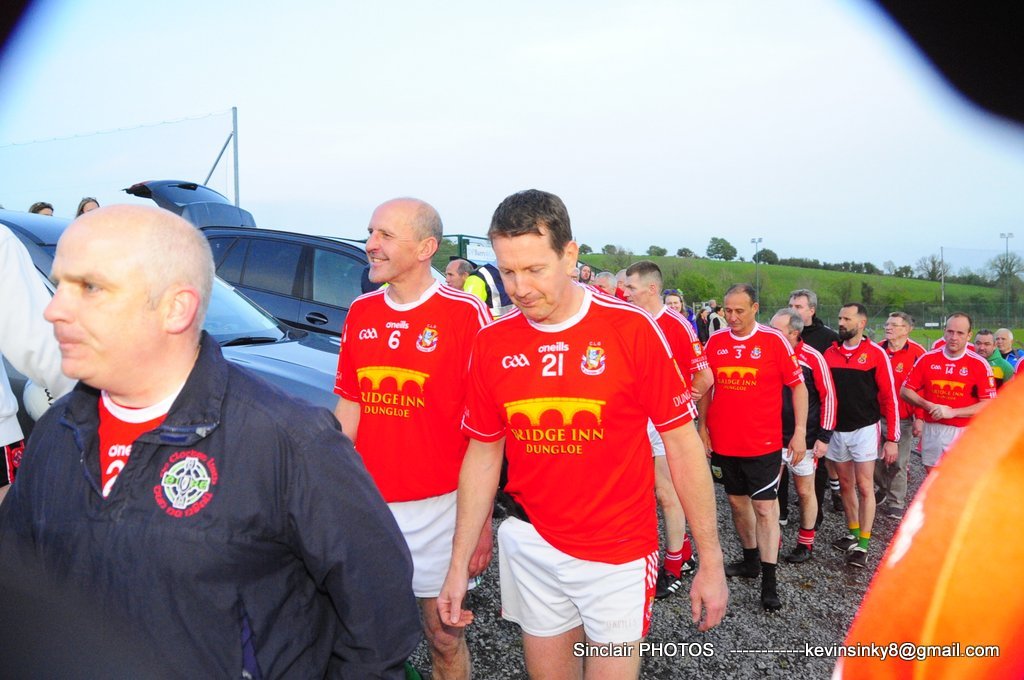