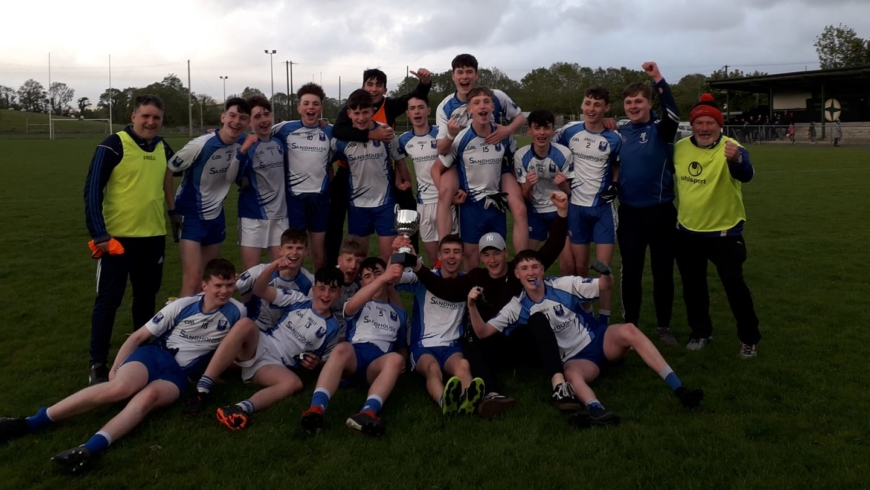 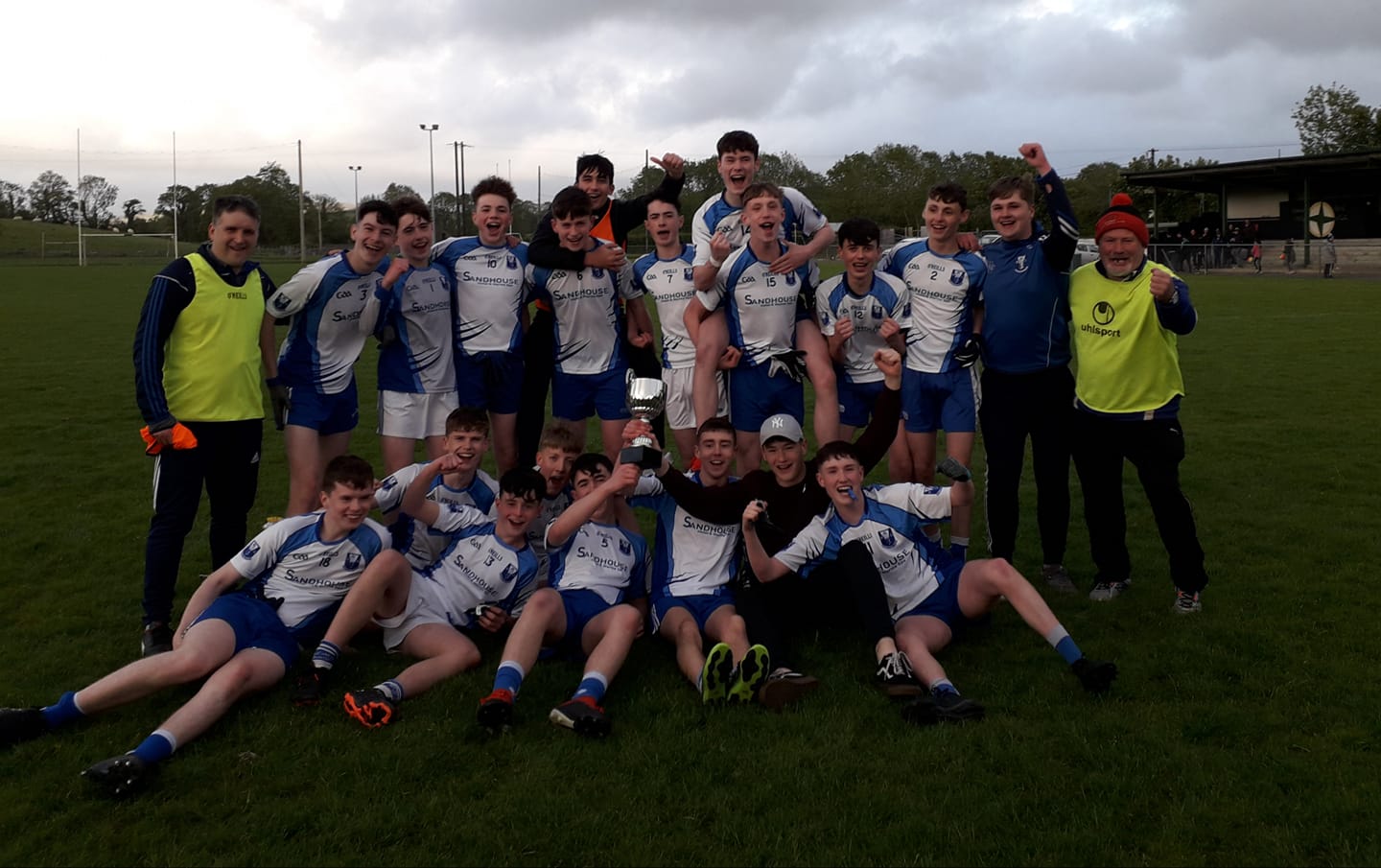 Trailing by two points, against a strong breeze, and heading into injury time it was the Donegal Town boys who dug deep to score three times to seal a dramatic 0-17 to 4-04 win over Aodh Ruadh in the u16 Southern Regional Board Division 1 Final, on Sunday 26 May 2019.

It was the Four Masters lads with the aid of the strong breeze for the first half in Pairc Naomh Brid that set about their task in some style with two points from play from Dermot Slevin and Mark Jordan, setting the tone for some the fine point taking to come in that opening period.  Nevertheless a warning of what lay ahead came in the fourth minute when Martin McGarrigle’s pace created a goal scoring chance for Aodh Ruadh that was smartly saved by Oisin McCallig.

Up to the nineteenth minute the Donegal Town boys put together some fast moving attacking football to score a further eight unanswered points with Dermot Slevin (3), Mark Jordan (3), Frank Cornyn (1) and Senan Quinn (1); scores that were punctuated only by two wides for Aodh Ruadh.  The Donegal boys had taken a stranglehold on the game and forwards Ethan McNulty, Conor Reid and Leo Carey-McDermott were linking in brilliantly with the Four Masters scorers.

Then the game changed with Marty McGarrigle at first forcing a superb save from McCallig, before a 30-yard McGarrigle free found its way to the Masters net.  This was followed by a point from Matt Gillespie, before a high ball was fielded by Gillespie on the edge of the square who fed Daniel Breen who fired to the Four Masters net.  Suddenly a ten point deficit was cut to two at the halftime whistle; Four Masters 0-10, Aodh Ruadh 2-02.

Despite the Ballyshannon boys gaining plenty of possession at the start of the second period scores were at a premium with Dermot Slevin twice raising a white flag for Four Masters either side of a Cian Rooney three pointer for Aodh Ruadh.  By the eleventh minute of the half Aodh Ruadh made their push for home with a goal from Diarmuid Dolan followed by a booming free from wide on the right by Daniel Breen giving them a three point lead.

From there to the finish it was the Donegal Town boys who showed the greater hunger.  The Four Masters defence through Diarmuid O’Domhnaill, Conor Gillespie, Ross O’Keeney and Josh McCrea were reacting faster and turning over Aodh Ruadh attacks.  Oisin McCallig produced an excellent stop from a Damian Weber goal attempt.  Daniel Quinn and Jack Myers had slotted in seamlessly up front, while in the middle third Senan Quinn, Ethan McNulty and Conor Reid were winning primary possession.  The driving runs from Frank Cornyn, Andrew Monaham and Ultan OGrady coupled with the intelligent distribution from Liam McLaughlin were causing Aodh Ruadh countless problems.

The Donegal Town boys began reeling in the lead and although Damian Weber pointed to push Aodh Ruadh two up just before the end, it was patience of the Four Masters players probing for opportunities coupled with steely composure all the way from Dermot Slevin, who was on free taking duty and, who ultimately landed the winner deep into injury time to clinch victory for Four Masters.