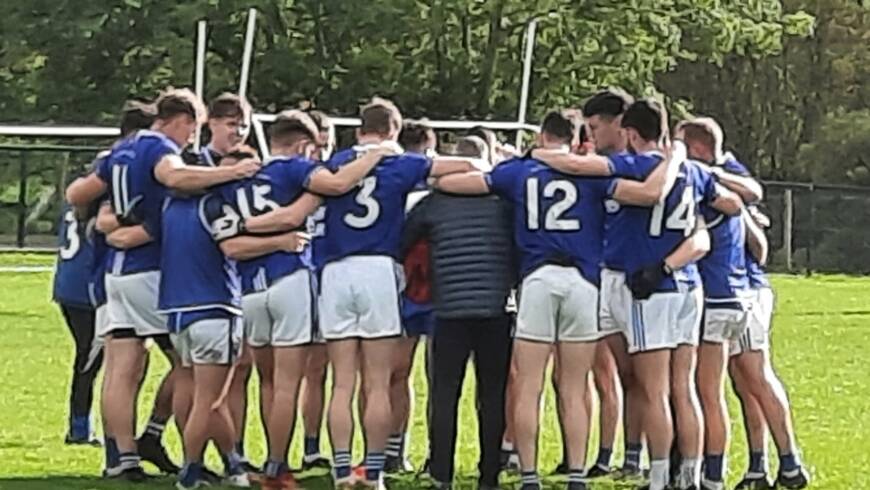 Our senior side recorded a good 8 point victory over Letterkenny Gaels at Tir Conaill Park on Sunday afternoon. Letterkenny Gaels kicked the opening score of the game before our side scored 1-2 unanswered. The two points came courtesy of a free kick from Dermot slevin and a nicely struck outside of the boot shot from Leo McHugh. This was before a lovely ball from corner forward Killian Faulkner found the path of Alex McCalmont who buried a shot into the back of the Letterkenny Gaels net. Letterkenny Gaels replied with 2 points of their own before Richard O’Rourke struck over a well hit placed ball from distance. Letterkenny Gaels scored the final point of the opening period to leave the half time score reading, Four Masters 1-03-0-04 Letterkenny Gaels. Four Masters came out after the break and kicked the opening two points of the half. The first of those coming from the boot of Daire Quinn who was found by Richard O’Rourke after he fielded a fantastic high ball from a Gaels kick out. The second of these scores came from wing forward Conor Reid who swung over a lovely score from what looked to be an acute angle. Letterkenny Gaels then replied with two scores of their own. Sandwiched between these scores was a score of our own however which came from Alex McCalmont. Our side then scored 3 points on the bounce. These points coming from Jamie Crawford (2) and Caolan Loughney. These three points put daylight between the sides with the gap now being 6 points entering the final minutes of the match. Letterkenny Gaels corner forward Ronan Frain then kicked over a score to leave a 5 points between the sides. However in the closing stages of the match our side scored their second goal of the game. Joe Leape found the on-rushing Richard O’Rourke who then fisted across goal to Jamie Crawford to kick it in to an empty net and put the icing on the cake. The Final score reading Four Masters 2-09-0-07 Letterkenny Gaels.

Next up for our side is a local derby away in Mountcharles next weekend against our neighbours St Nauls.