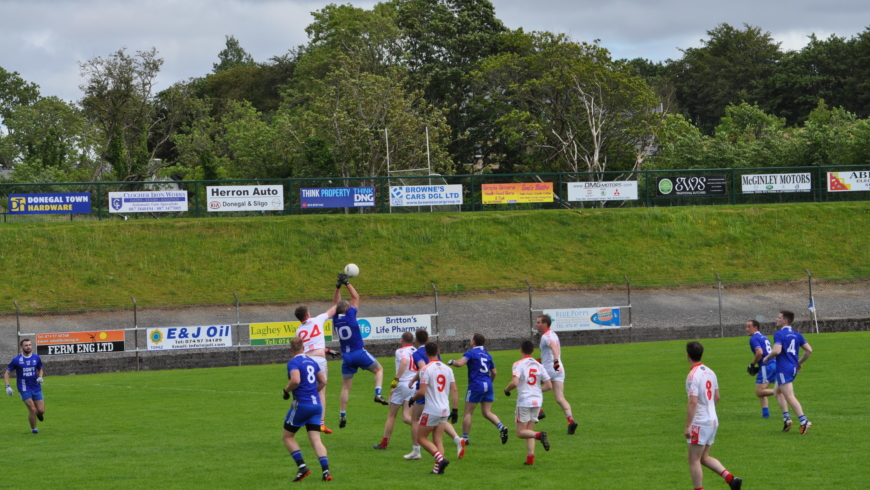 On a blustery but dry day in Tir Chonaill Park Four Masters won a hard-fought match with two points to spare at the end. Playing with the wind the Masters took the lead after 3 minutes with a free from David Quinn. Adam Neely replied with a free of his own after 8 minutes.

Aided by the breeze Four Masters then took control and had two points from frees from Conor McDaid followed by another from Quinn. Masters then had their first point from play from McDaid on 18 minutes. McDaid added another big point from the right wing from play after 27 minutes before Neely got Dungloe’s second point from a free.

Making the most of the breeze Noel McBride had a quick point from play but Conor Rooney replied from play almost immediately. Neely narrowed the gap again from a free after four minutes. A Quinn free on 10 minutes pushed the lead out again and after a spate of yellow cards substitute Jamie Crawford pointed for Four Masters to stretch the lead out to five.

Dungloe then hit a purple patch with two frees from Neely and a long range point from Christy Greene bringing the lead back to two. A scramble in the Four Masters goalmouth when the ball could have gone anywhere ended with Brian Fegan bringing the ball away but the referee adjudged that the ball was touched on the ground which led to the first of Neely’s converted frees.

Noel McBride brought the lead back to one after 24 minutes. Ronan McHugh and Barry Curran swapped points before a Neely point from play brought the teams level. A goal chance for Masters ended with Oisin Reid hitting the post with the goalkeeper beaten.

There looked to be a good chance of the game ending in a draw but substitute Kevin McBrearty, who had a big influence on proceedings from his introduction, fisted a point to give Masters the lead. Dungloe pushed all forward seeking an equaliser but a big interception in midfield by McBrearty left him with open space to run into. McHugh made up the ground to support him but Jack Scally did well to get back and get a block in before McHugh pointed at the second attempt.

Dungloe pushed forward again but only had a wide from Neely to show for their efforts. 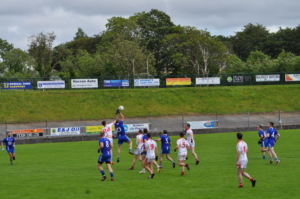