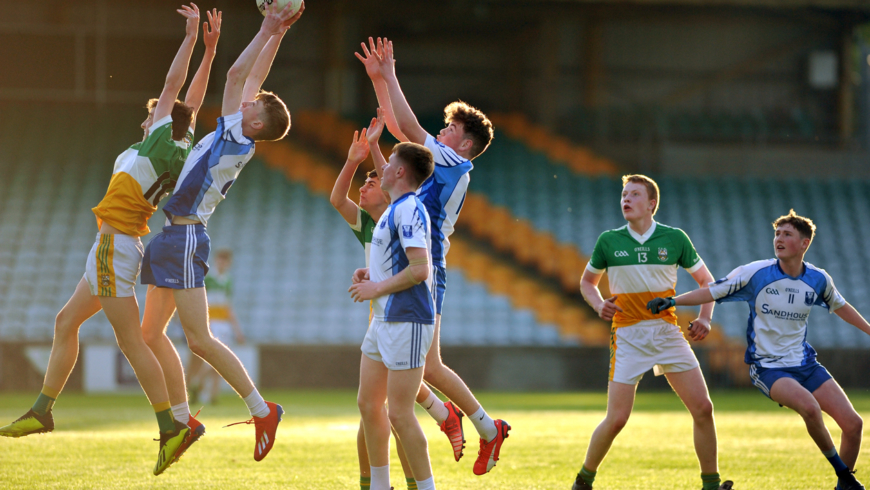 The new GAA rules for Gaelic Football which will be introduced in 2020 are clarified below. The new rules relate to the sin bin, the attacking mark and the kick out. All these rules will be implemented in male football across county, club and underage games.

1.    The time activation for Sin Bin will commence when the game restarts after the dismissal of the player.

2.   After the 10 minutes has elapsed, a player can only return to the field of play at a break in play, and with the permission of referee.

If a player returns to the field of play without the permission of the Referee, he shall be dealt with under Rule 6.1 “to challenge the authority of the Referee, linesman or side-line official”. Penalty: Yellow Card. (In effect this would result with the player being sent off because a black card followed by yellow card results in Red card)

3.    If a goalkeeper receives a black card, it is at the discretion of the relevant team management as to how to address this matter, e.g. they may choose to use a substitute or use an outfield player (Note: If any outfield player is selected , he must wear a distinctive top if he wishes to avail of the protection provided to goalkeepers as per rule)

4.   A player who is in the Sin Bin at the end of extra time, and who has served his 10 minutes but has not returned to play (as there was no break in play) is eligible to be involved in a penalty shootout.

5.   If a player commits a further aggressive infraction while in the Sin Bin, the Referee will issue the Player with the relevant card, he will be sent off and cannot return to the game

When a player catches the ball cleanly on or inside a 45m line from a kick in play (i.e. not from set-play) delivered by an attacking player on or beyond the opposing team’s 45m line, that travels at least 20m and without it touching the ground. 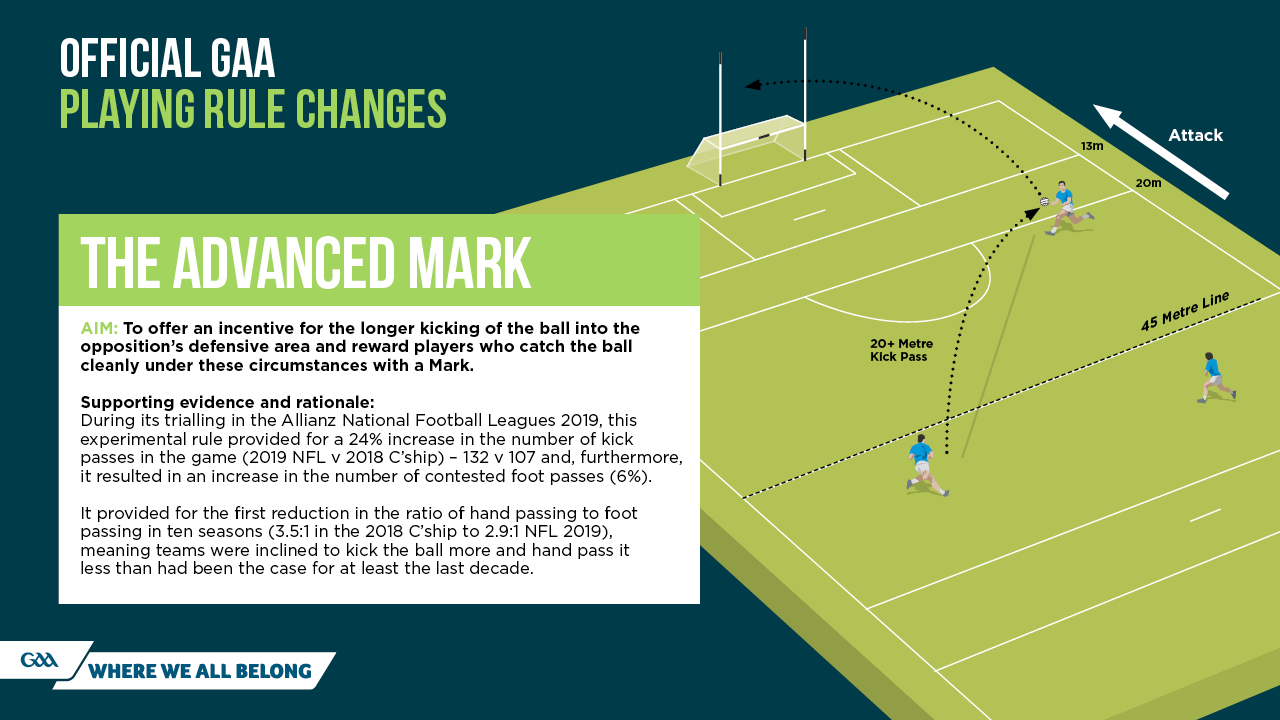 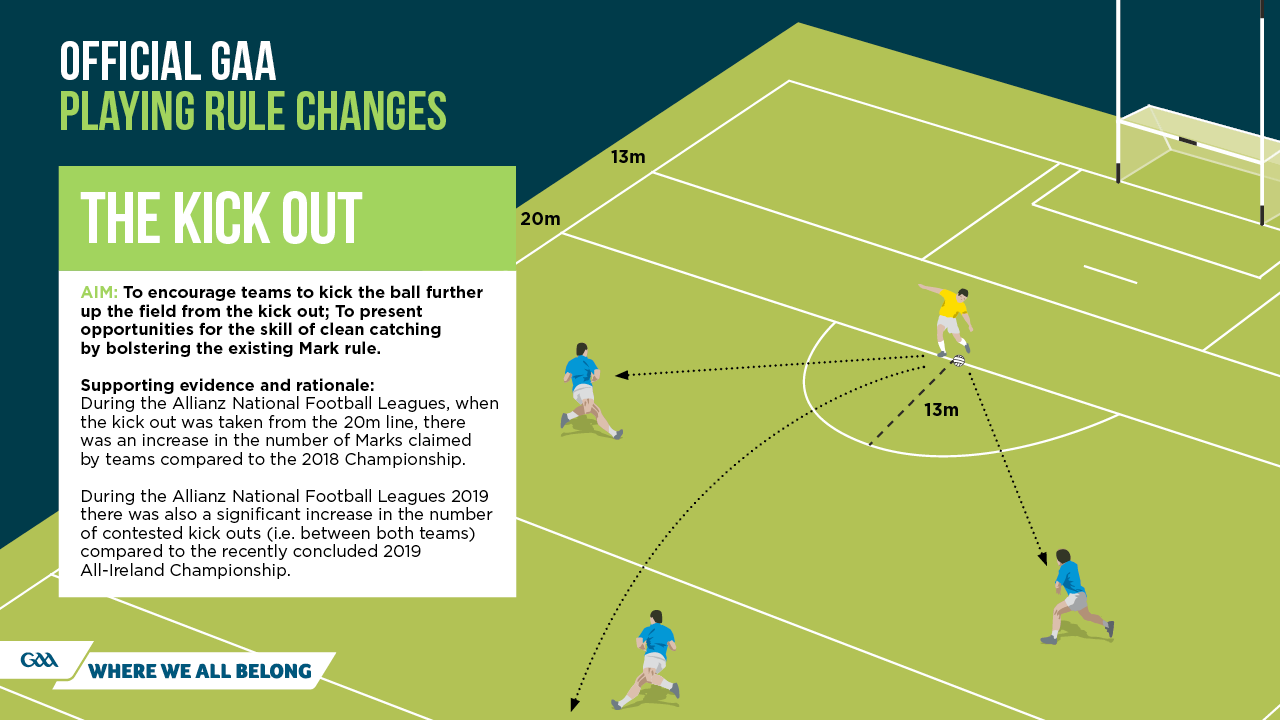 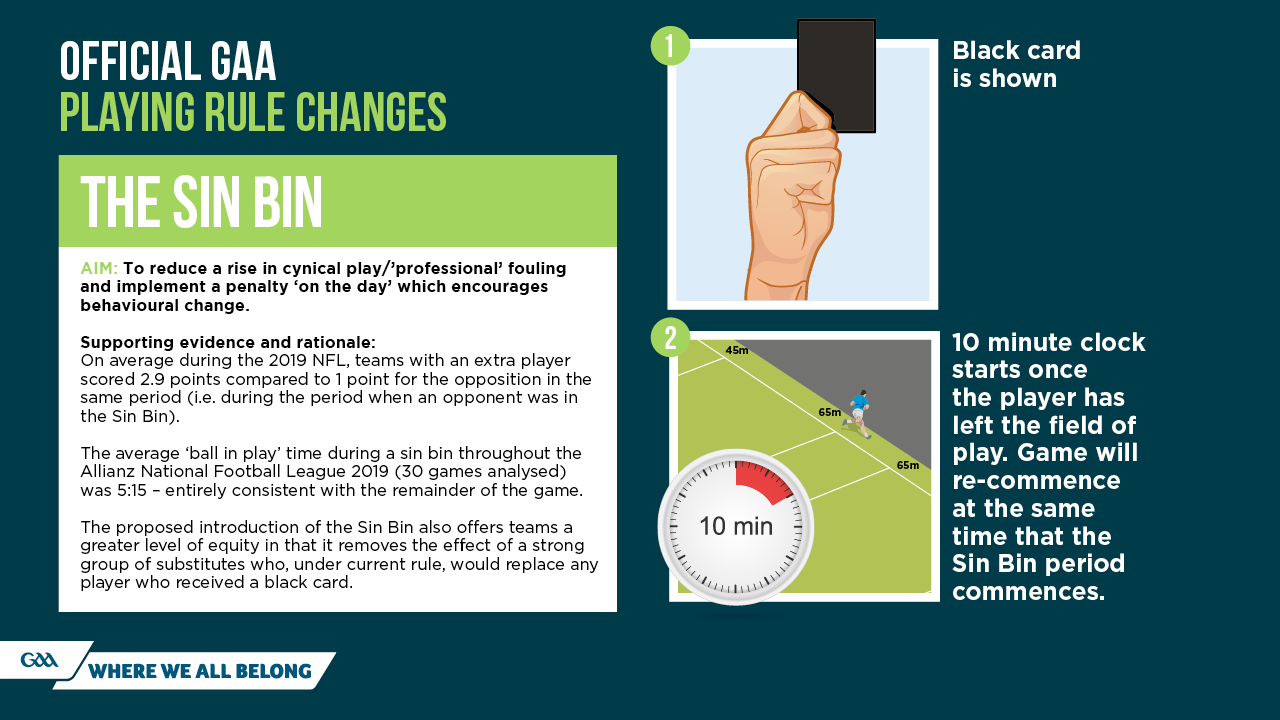