u14 Boys are Division 1 County Champions 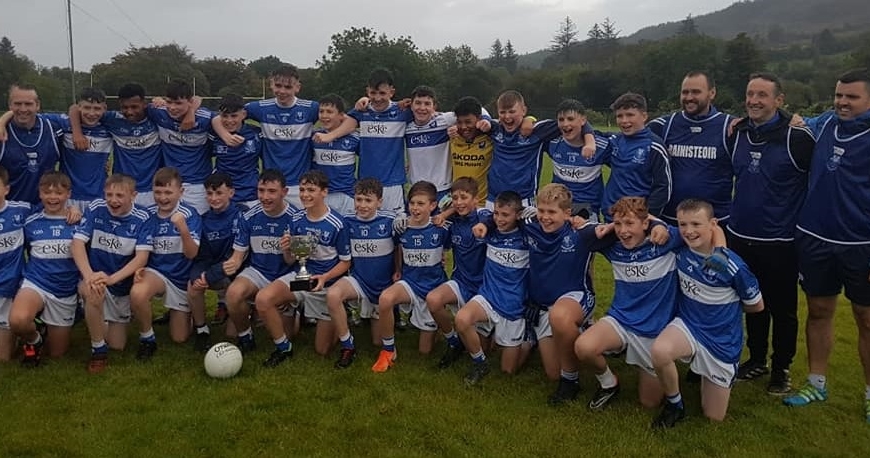 Our u14 boys completed an All-Ireland and Donegal championship double on Friday night with victory over Sean MacCumhaill’s in Glenfin on Friday 6 September 2019.

Goals from Daniel Quinn (two) and Daniel McIntyre helped the lads to a three point win over a strong Sean MacCumhaill’s side in a highly competitive U-14 final.  The win completes an All Ireland Feile Peile nOg and a Donegal A championship double by the young side – seven of the team are underage again next season.

The lads led by four points, 2-02 to 0-2, at half-time with Daniel McIntyre and Daniel Quinn scoring our goals. The lead was maintained in that first half with some fine defending and the great work of  goalkeeper Seoirse O’Flaherty who pulled off two brilliant first half point blank saves. Both saves were in the opening minutes before our boys had fully settled into the game.

MacCumhaill’s upped their game in the second half and they manged to hit 1-06 with Barrie McGee netting the goal.  Our boys showed character and steel to create scores of our own in order to maintain the gap between this sides and thanks to some good defending and a third goal scored by full-forward Daniel Quinn, our boys hung on for a hard earned win.