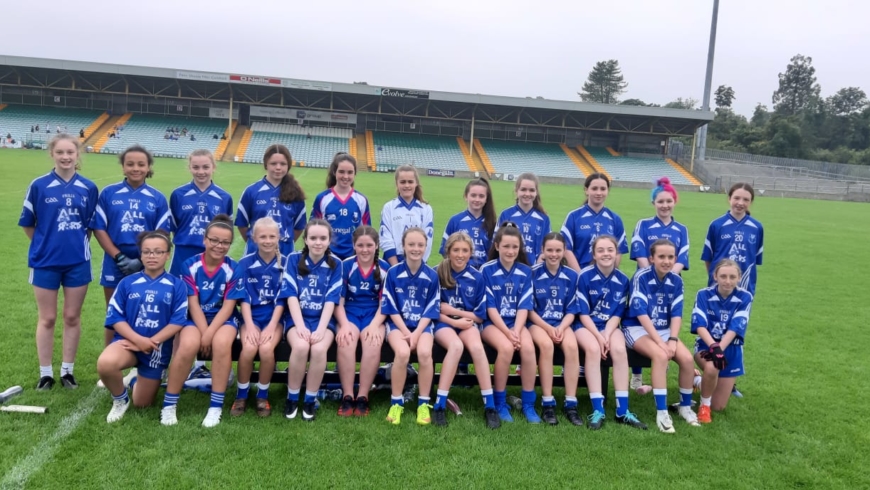 Hard luck to our U14 team who put up a valiant performance today at County Headquarters in Ballybofey but were narrowly beaten by 4 points. We went into the match as massive underdogs, having been well beaten by McCumhaills a few weeks ago, the girls certainly did themselves and Four Masters proud. On a very warm muggy morning, on the massive McCumhaill Park, the game ebbed and flowed. Four Masters had a brilliant second quarter and went into half time only trailing by one point. McCumhaills took control early in the second half and never relinquished the lead, although the game was in the balance until the final minutes. Congratulations to McCumhaills on their victory but we are super proud of our young team, many who will be U14 again next year. The future is bright. Thanks to all our supporters today in Ballybofey – much appreciated.